It had always been on the bucket list to sail into New York and now after none months we have finally done it. We thoroughly enjoyed our stay there although it was very hard on the budget! It was a forty eight hour sail to New York from the Chesapeake and we arrived in the early morning. We stayed in the Liberty Landing Marina. It was expensive but it was good to be under the skyscrapers and there was very good eating at the restaurant nearby which looked across to Manhattan. 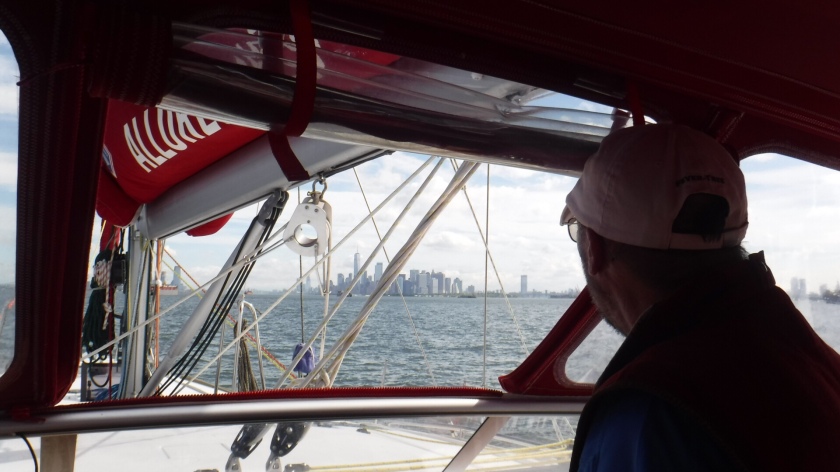 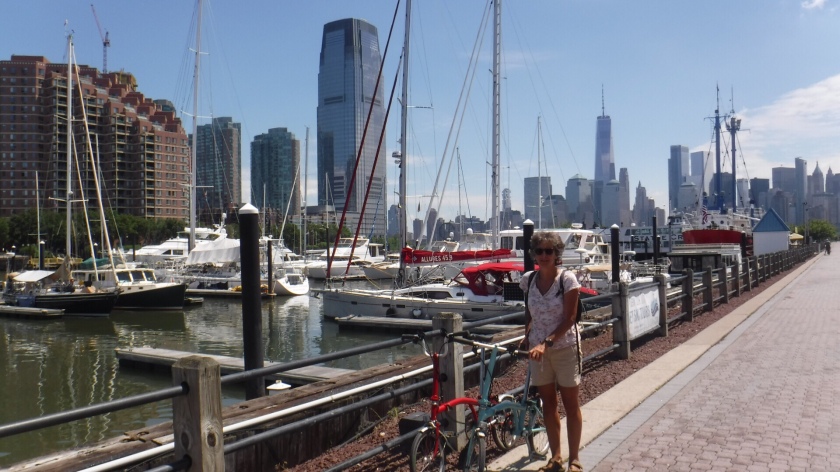 We spent three days in New York and visited a varied selection of tourist spots. We were able to cycle everywhere mostly on bike tracks so our Brompton bikes, which do take up quite a-bit of space on the boat, earned their keep. Albeit after three days we were suffering from “bikers’ bum” and were happy to stow them away once more! On day one we visited Ground Zero and this really is a very fitting memorial site. On day two we visited the Empire State Building and it was wonderful to see New York from the sky. Did you know it was built in one year? The pictures of the building process are breathtaking – definitely no health and safety. On our way back we stopped at the Skyline. This is an excellent example of clever reuse of redundant infrastructure. Originally the Skyline was an elevated train track servicing the industry of New York. There is no industry in New York now and it became redundant in the 1970,s. The old elevated railway line has now been made into a beautiful high level walkway which provides very interesting views of the city. On day three we had an excellent lunch at the Russian tea rooms and then a a bike ride around Central Park. We cycled miles but really soaked up the sights and atmosphere. It is a fabulous city. 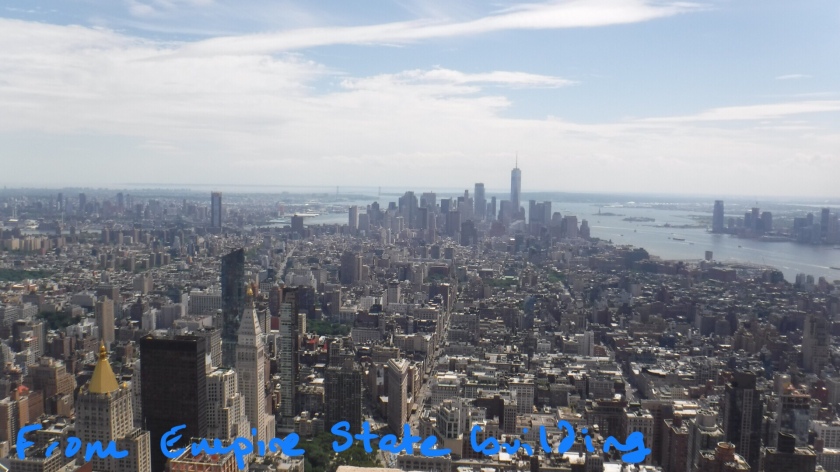 The Clipper “round the world race” was in town. We had an excellent tour of one of these boats. There are no creature comforts on these vessels and A Capella seems positively luxurious in comparison.

Julian had last visited New York in 1975 at the tender age of 15! The marina just happened to be along from a spot he had been to all those years ago. Most notably the Twin Towers are in the background. I wondered if he ever imagined he would sail into New York? 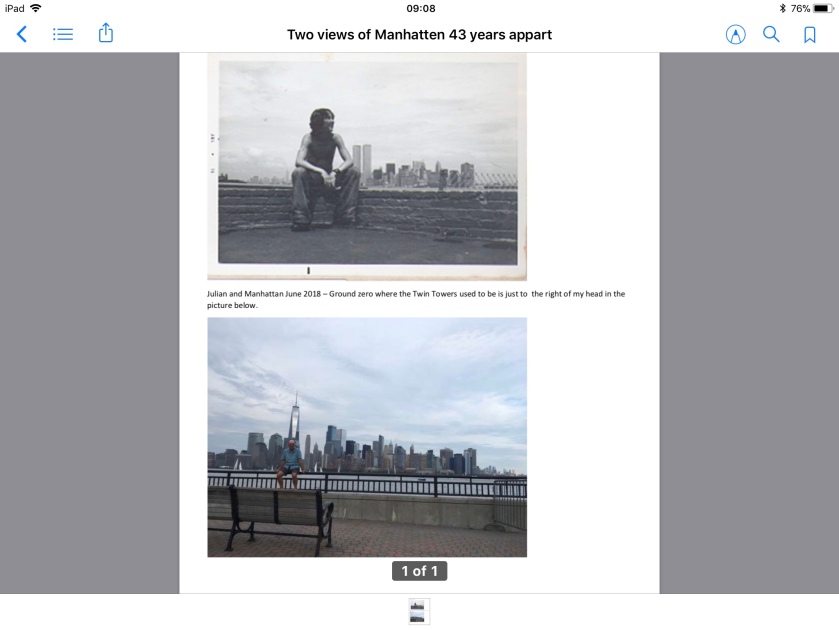 To leave New York we would have to venture up the East River to Long Island. This has a scary reputation and the worst section is aptly named Hells’s Gate. Actually it wasn’t too bad but we were surprised to have sea planes landing on our starboard side! 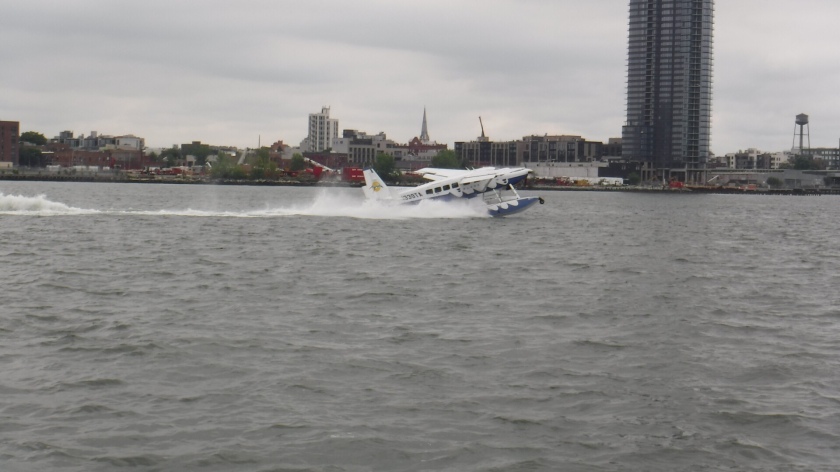 Our first stop in Long Island sound was at Port Washington. Here we met up with Lady Jane and had an evening meal. Lady Jane had been on the Jimmy Cornel Rally with us so we had some catching up to do. We then travelled to Mamaroneck to meet up with Michael and Jill Gallin who own hull 45.9 no 3 – we have hull no 4 of the Allures 45.9. We rafted up next to them for a lovely social weekend. Clearly there was much to talk about and Michael and Julian compared technical notes and ideas. We look forward to meeting up again.

Michael suggested some stopping off points on Long Island for the trip up to Newport so we decided to go to Port Jefferson, Shelter Island, Sag Harbour and Block Island. These were (with the exception of Block Island which was busy) all very beautiful, peaceful anchorages. This is a very affluent part of America – leafy tree lined roads, smart shops, big houses with vast gardens. We note many “foreign vehicles” and it is difficult to see tariffs on these being popular around here. The forestation and the space is amazing.

Julian did take to the water to check the propeller – he make a fuss. I was berated for not wanting to do this in just a thin shorty wetsuit I was swimming in. Julian chose to wear the 5mm wetsuit with boots, gloves and hat.

We now head to Newport to join the OCC New England Rally. After this Uncle Peter is joining us and we will head up to Maine.